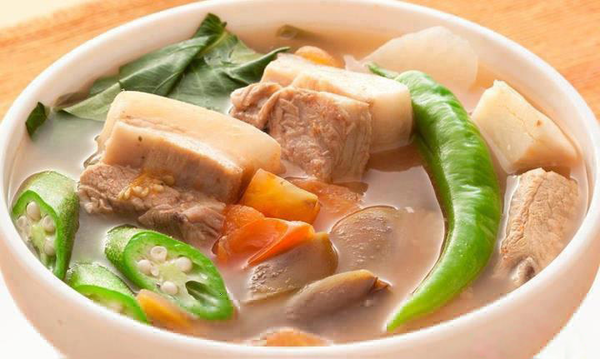 It has been quite a long and still unresolved battle which dish represents the Filipino identity better, adobo or sinigang. Being included in this sort of confusion is a proof itself as how significant sinigang actually plays in the Filipino tradition. With its distinct sour and remarkable aftertaste, it is of no wonder how can this dish on the table light up a family’s meal time!

But beyond that, do you know that sinigang can actually be prepared differently? Well, you might have already noticed that but many of you might have thought that it is just a family to family variety kind of difference but it’s not! There are actually a whole spectrum composed of different yet are all great-tasting sinigang versions!

To guide your furthermore, the variation is mainly classified into two- on the top ingredient where the “sour” taste basically comes from and other one is what used meat is actually included in that version of sinigang. With that stated, here we go!

As given by its name, this type of sinigang uses a fresh unripe sampalok which then is expected to require for more work, but pays off very well as it gives a deep sour deliciousness that no artificial seasoning could ever amount to!

Basically, this one id the most famous and used as stated by some cooking experts.

This type of sinigang works well with either baka, liempo, or baboy.

Sinigang using calamansi as the source of its sourness is more conveniently used when with dealing with seafoods as the dish’ main ingredients, but is also great when cooking sinigang na baboy. This one, although is less common than the previous one, tastes just as fantastic!

Commonly known as the “Fish Sinigang”, this variant of sinigang is generally used when dealing with milk fish- these two are undeniably the best when they complement and enhance the taste each other. Traditionally, this soup dish incorporates the use of tomato, mustard greens, long green peppers, onion and bilimbi (kamias) of course as the souring agent.

This recipe uses guava as thesouring agent, which then is responsible for adding up a delicately mild tang which then is a type often used in either beef and pork- but of course, not limited with these two!

Although sinigang sa miso is classified as to be a whole new different variant, when we look into it, this is just simply made up of sampalok combined with miso for additional flavoring.

Moreover, when talking about the meat used, here are the top and most-used ones which creates a totally different result yet with the same degree of ever-craved sour taste!